The inaugural Raising Steam Festival took place 10th - 12th May 2019, with the first people arriving on Thursday 9th and the last departing on Monday 13th May. Including donations, it raised £615.46 for its host charity, New Futures Nepal. You can find the facebook event here.
Jeanette Macklin's YouTube page is here.
​My YouTube page is here.
Nina M Das Gupta from local BBC Introducing visited the event and carried out several interviews; they can be heard here.
On Thursday it rained. Friday evening, mostly notably during The 1855 and The Wattingers' sets, it absolutely poured down. But the rest of the weekend, the weather was glorious - the sun was out, white fluffy clouds scudded across the sky and a good time was had by all.
On the Friday night we were entertained by: Titi von Tranz; The 1855; The Wattingers; and BB BlackDog.
On Saturday afternoon we were entertained by Beorma Morris, Chasing the Dark, Belly Fusion Dance Collective, Tom Slatter, Madam Zuri Arrosa, Mediaval Biaetches, Adam & Evil, The Cogkneys, Ichabod Steam's Darkside, Gurdybird, Victor and the Bully, Feline & Strange and Titi von Tranz (late night cabaret).
On Sunday we were treated to Montague Jacques Fromage, The Retro Clones, Ben Culkin, David Brinkworth and the Pit, Kiss Like Ether and Titi von Tranz.
Memorable events - watching Kye (The Wattingers) taking part in the burlesque, whilst carefully holding onto his drink and not spilling a drop. The 1855 - I took a gamble on them, and they blew me away. Gurdybird coming to the rescue of The Cogkneys with a mini-disc player. Rob Maybin (Steampunk Dot Global) driving across the car park with Captain of the Lost Waves blasting out. The black and white photo (and others) with several trustees of NFN in it. The Sunday evening chill down in the bar, with impromptu songs from Ben Culkin while ideas for next year were thrashed around. Sipping toffee vodka at 7am on the Sunday morning while the sun rose and the site slumbered. Ichabod Steam's Darkside. Gurdybird's videos and performance. Random chats with traders, volunteers, crew and trustees. Chasing the Dark's debut gig. The 'dance off' between Beorma Morris and Belly Fusion Dance Collective. A hot shower on the Sunday. The shared meal on Sunday afternoon with members of the northern contingent. Being part of the 'rough' end of Steampunk. Hugs from Michelle. Tom Slatter's full on rock gig. Nina M Das Gupta from BBC local radio, who spent about 3 hours on site and was really interested - and the 2 hour radio show that included loads of snippets from the festival interviews (main photo by Nina). Monty enjoying and sharing his rather tasty bottle of whiskey. Victor and the Bully as a three-piece and the packed audience enjoying them; 'Hot Lava' was written mid-festival. Sharing the music with trustees and others who'd never seen or heard anything like it - and thoroughly enjoyed it. Madam Zuri Arrosa's burlesque workshops - looking out and seeing band members, trustees, dancers and Morris'ers getting in to it.
And there are so many more magical moments ... 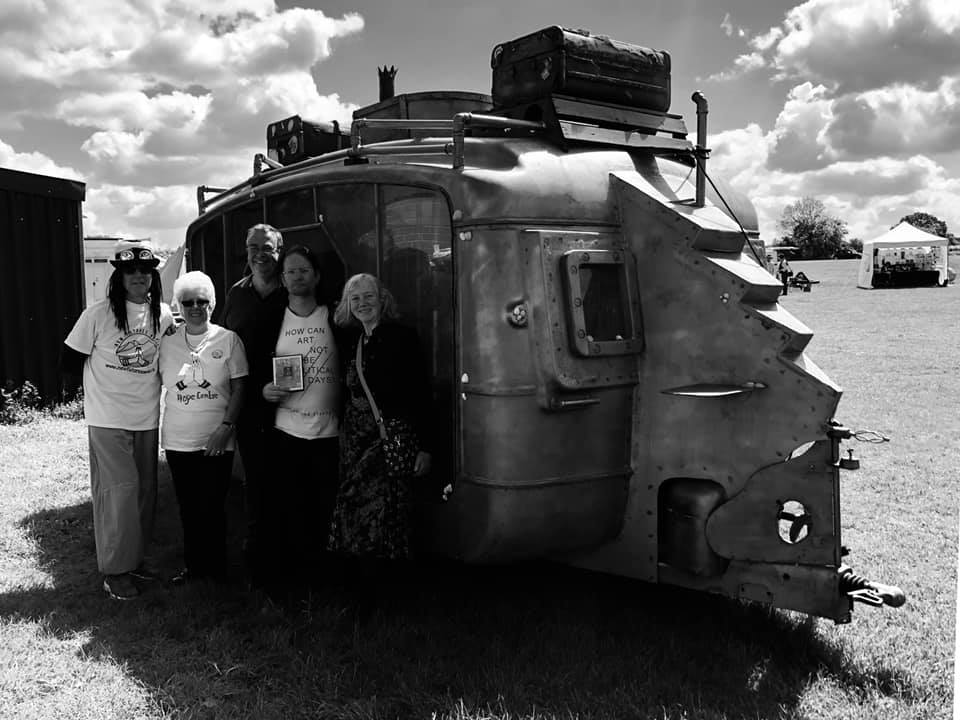 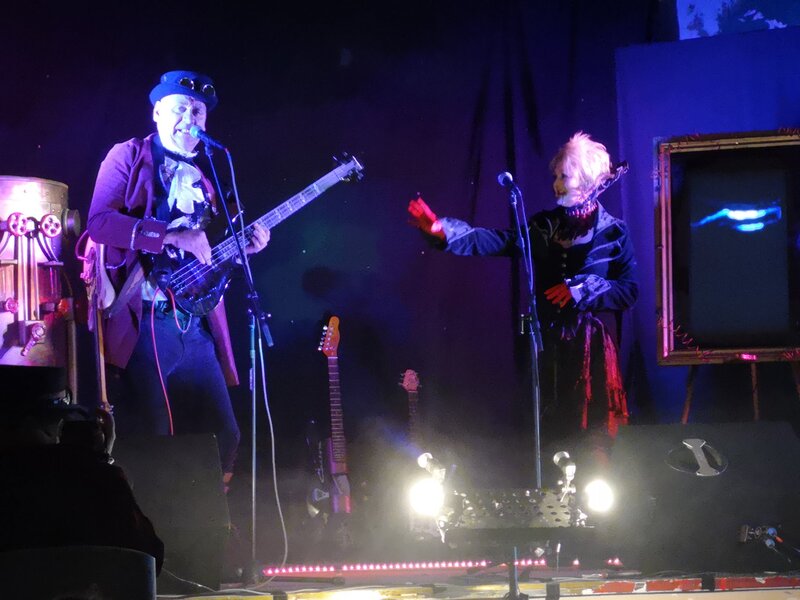 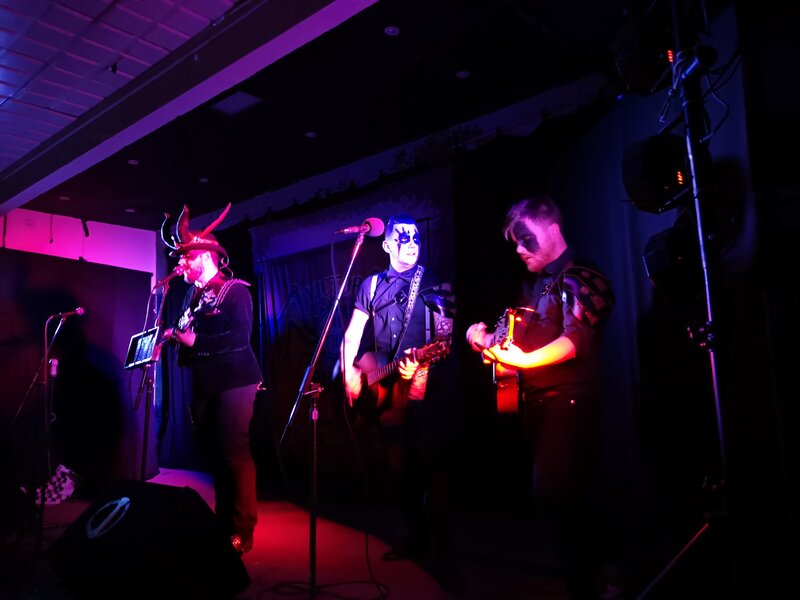 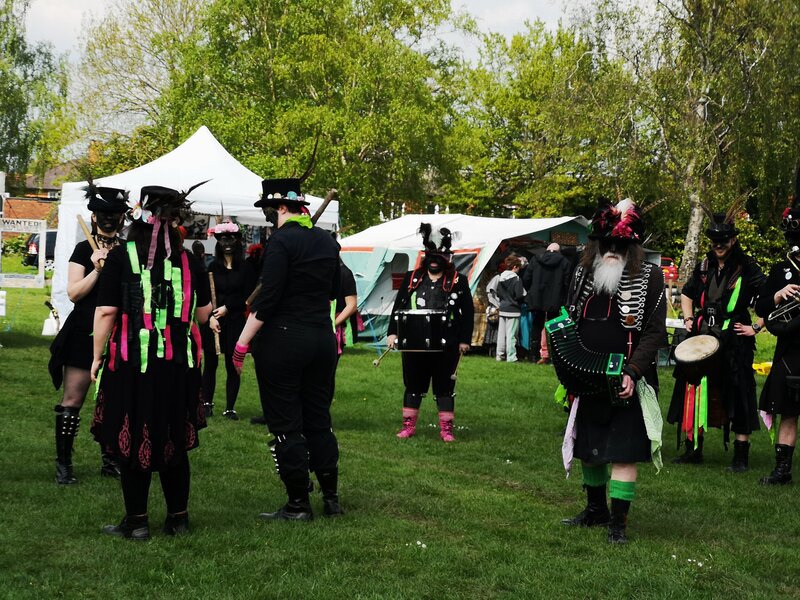 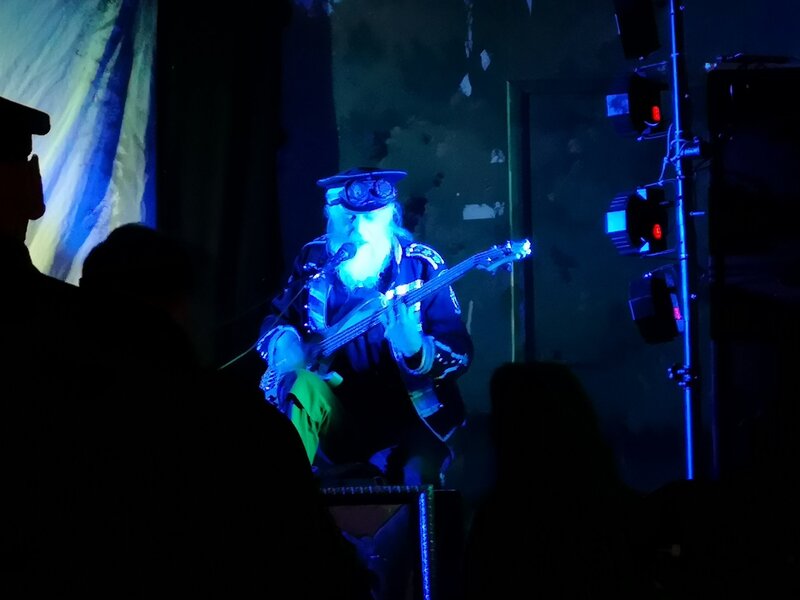 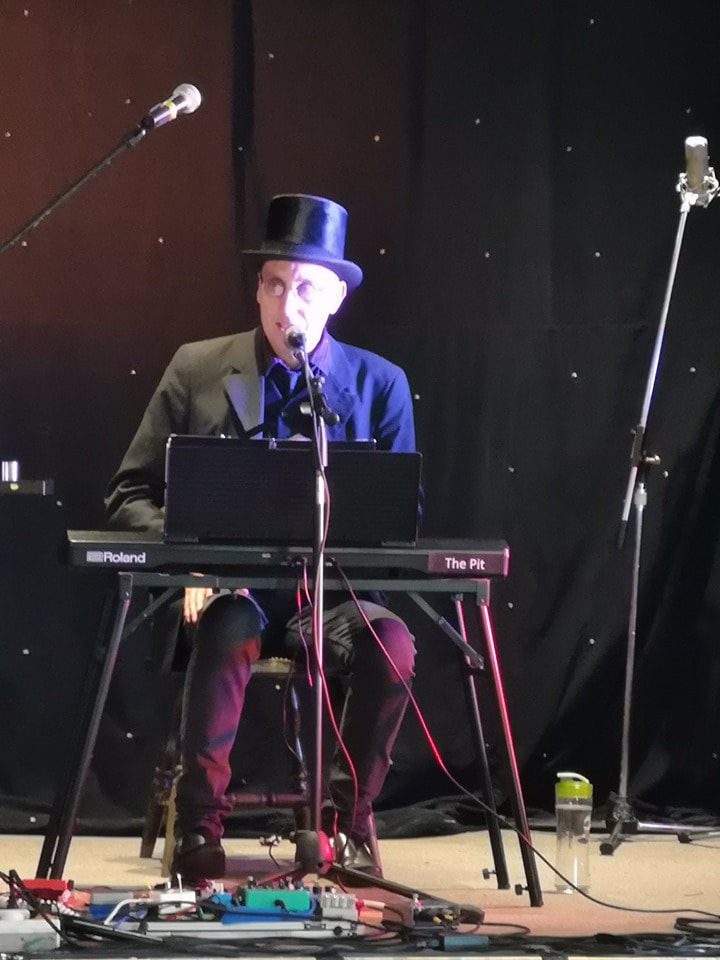 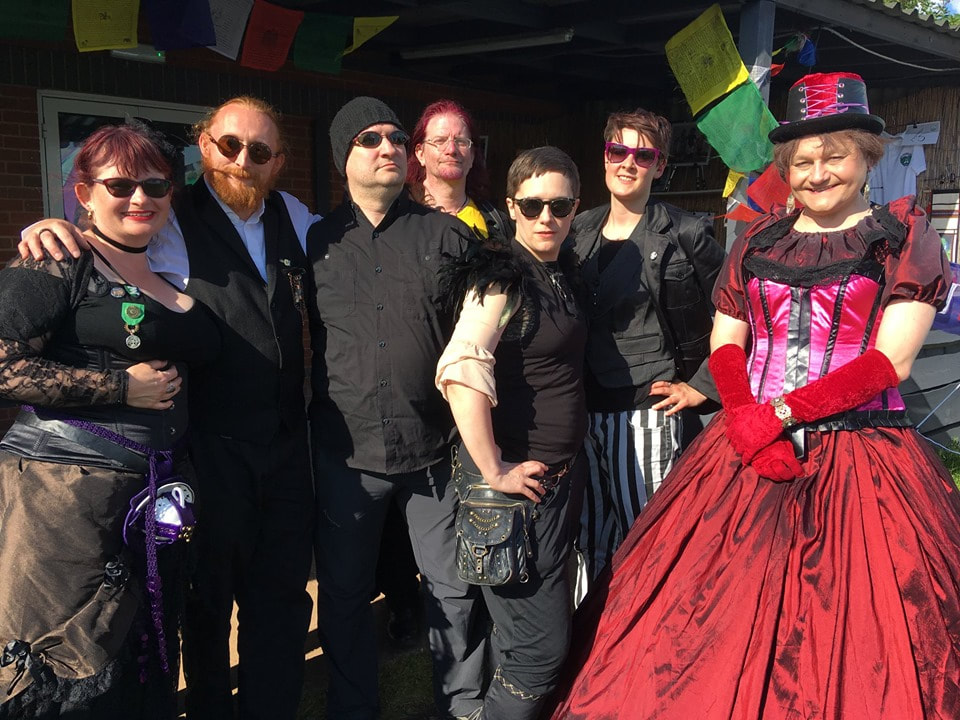 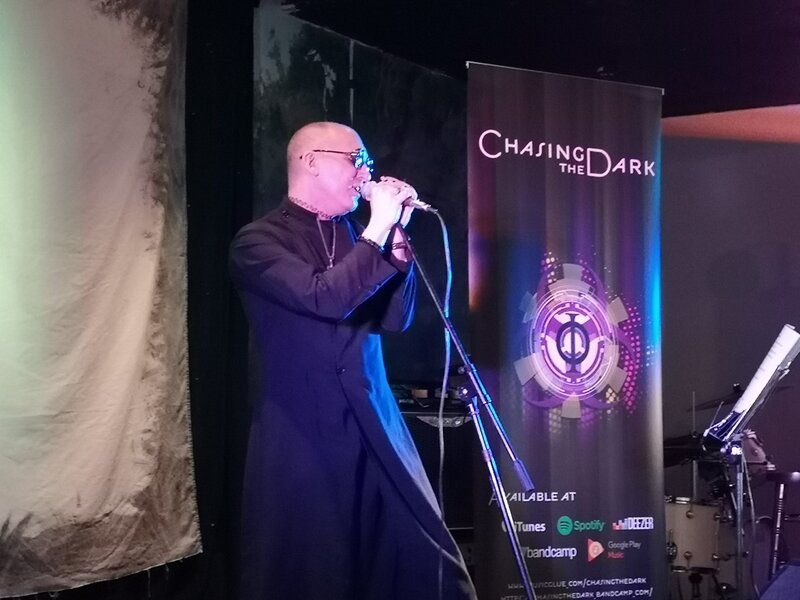 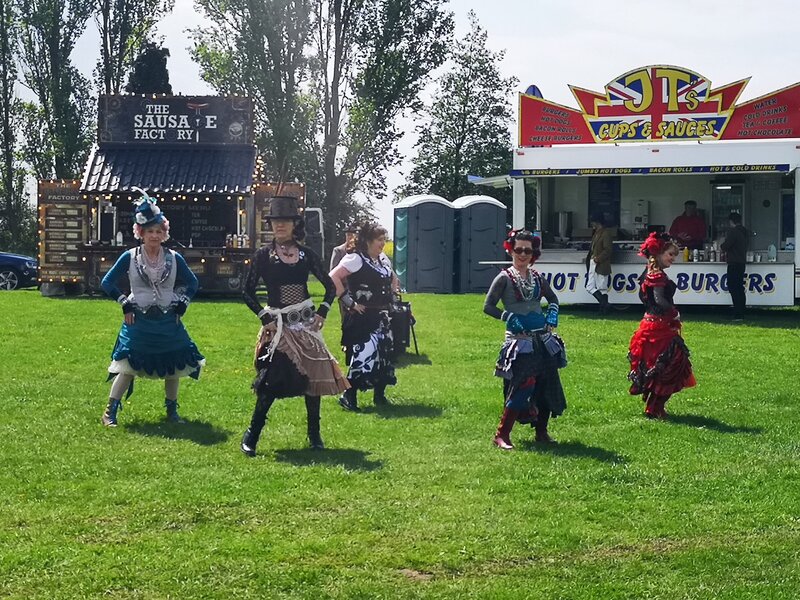