When I first heard about the Raising Steam Festival, I was at the NFN annual meeting and social event in Malvern in 2017, so this was a long term project with a lengthy planning phase! Steven C Davis is clearly a man of commitment and dedication, with an eclectic musical taste and a passion for this SteamPunk culture. So having had our interests piqued at the AGM, my friend Dorothy and I, who are long term supporters of NFN having first visited Nepal in 1999, decided to go along to see the performers, listen to some new music and do a bit of SteamPunk research. We’d been along to one of the Poofest do’s a few years before and had a cracking time, so thought we’d go along with open minds to experience something new…

I had no real clear idea then about what SteamPunk culture is, and I’m certainly not the best person to ask if you want to find about more about it now. But it seems to me that it is many things to many people, a hybrid genre if you will, including elements of recycling, up-cycling, gothic fantasy, neo-Victoriana, retrofuturism, pirates, burlesque, cyberpunk, horror and vampires. All of these were represented at the Raising Steam event, and there was an atmosphere of anything goes and all are welcome here.

There were activities for kids and adults to enjoy, such as tiara making, face decoration, and one of my personal favourites, the “toss pot” which involved lobbing a (stuffed, cuddly) fox into a urinal crock! There were also fabulous demonstrations of, and opportunity to join in with, various forms of dancing such as burlesque, Beorma Morris and Belly Fusion Dance Collective. Take a look at the photos and video clips of the performers on the website and this will make much more sense!

The on-site camping looked well organised and there was access to the Country Club facilities for the whole weekend, but Dorothy and I decided to stay in a small hotel a couple of miles down the road for a few more home comforts. During the day, we chatted to the stall holders, performers and band members, some of whom had come along from considerable distances and given discounts or freebies to support the charity, and they were invariably friendly and enthusiastic, with creativity and conviviality in bucketfuls. The highlight of the weekend was for us both, Victor and the Bully whose set on the Saturday night involved them playing their guitars behind their heads, and giving an exclusive of a ditty they had written that very day, and we joined in by jumping about like teenagers! We had a such a good time throwing shapes on the dance floor, that my legs were aching the next day almost as much as if I had spent a day in the Nepali hills.

The friendly vibe persisted throughout the whole weekend and folks were free to join in as much or as little as they liked. If you want to immerse yourself in this unique, family friendly, creative subculture while supporting a great cause, or if you just want to come along in 2020 and ‘people watch’ then there is plenty to see here! Dorothy and I can heartily recommend it – see you there. Sally K. 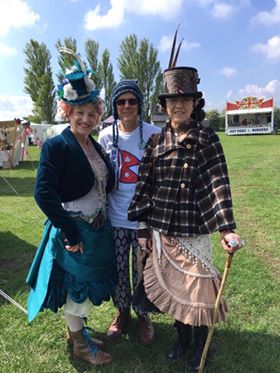 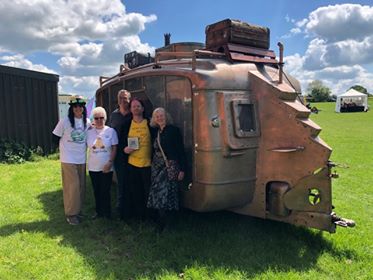 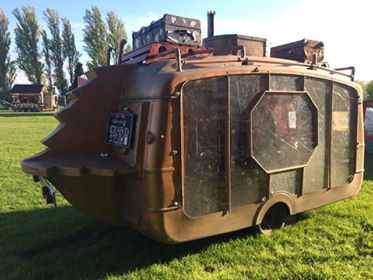 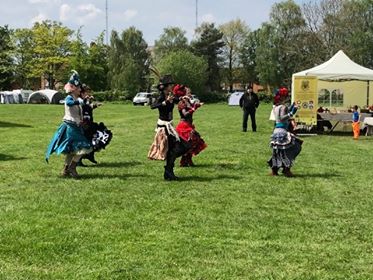